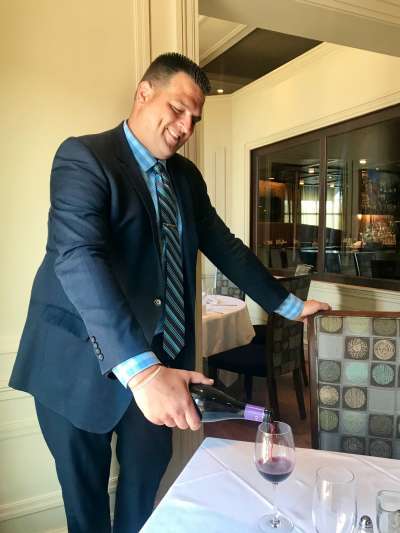 Nick Picozzi is the General Manager of Davio’s Northern Italian Steakhouse in Lynnfield. Picozzi was born and raised just outside of Boston but spent many years living in Italy as well. He grew up in the restaurant industry and had an uncle who owned a successful restaurant in Marblehead, which initially drew him into the business.

Before joining the Davio’s family, Picozzi worked for the Salem Waterfront Hotel as an F&B Manager, as well as his family’s restaurant. As the General Manager, he considers his areas of expertise to be wine and entertaining guests. He says he loves, “interacting with both the guests as well as our inner guests on a daily basis.”

When he isn’t working, Picozzi can be found in his own kitchen cooking up a delicious meal for his wife and son or picking up a box of his favorite sweet treats, Kanes Donuts!