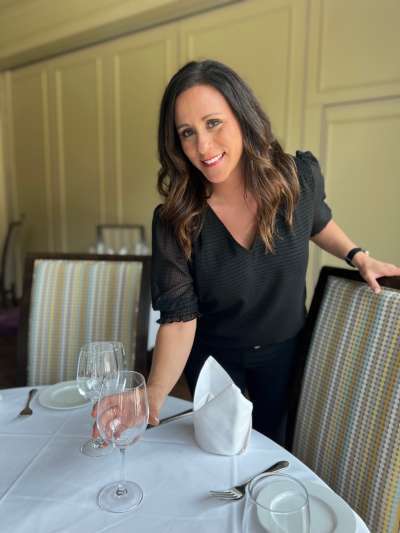 Nesa Franks was born in Kansas and grew up in Oklahoma. She graduated from the University of Oklahoma and started a career in Education. The most influential person in her life has always been her grandmother. Nesa says “She was full of spirit, personality and tough as nails. I miss her so much!”

Franks decided to work in the restaurant industry because she says she “loves connecting with people, organizing events and the food of course”

She met her husband Greg while attending an OU football game. According to Franks, “His friend was dating my best friend and we met in the stands of the game. It was love at first sight.” Together they have three beautiful girls and a sweet black doodle named Ellie AKA Queen Eleanor.

According to Franks “It’s All about the Guest because each person should feel like family when they walk in the doors at Davio’s. I want to remember everyone’s name that I meet at Davio’s and make them feel important because they ARE important to someone!”