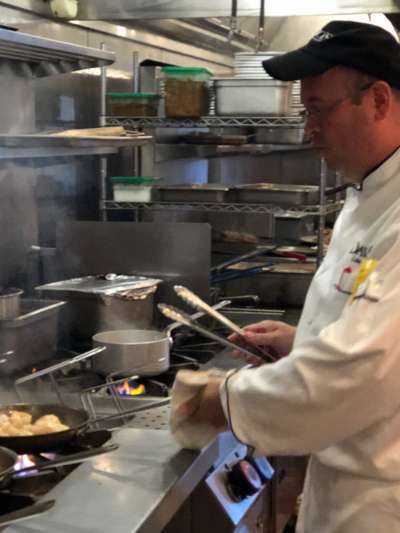 Luis Perez is the Sous Chef at Davio’s Northern Italian Steakhouse in Boston, MA at our Seaport location. Perez was born and raised in Columbia, but has been a New Englander for 25 years. He began his career with the Davio’s family as a dishwasher, but it was not long before he realized he had a passion for cooking. Over the years his mentors at Davio’s, Culinary Director and Vice President Rodney Murillo and Executive Chef Eric Swartz, helped him perfect his cooking techniques and offered him a position in the kitchen.

Perez enjoys cooking because he says it’s a way to be, “constantly learning.” When not in the Davio’s kitchen he can be found biking and spending time with his family. Perez currently resides in East Boston with his wife and two children