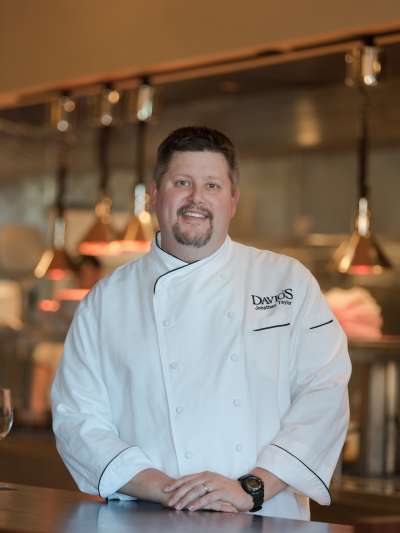 Jonathan Taylor is the Executive Chef at Davio’s Northern Italian Steakhouse in Braintree, MA. Taylor was born and raised in upstate New York where he lived until he began his career as a Chef. Inspired by famous culinary personalities such as Julia Child, Jacques Pepin, Martin Yan and Justin Wilson, Taylor knew he wanted a pursue a career in the hospitality industry from a young age. Before joining the culinary team at Davio’s, Taylor worked at Atlanta’s Brasserie le Coze (the sister restaurant of Le Bernardin) and alongside Ming Tsai for 17 years at Blue Ginger in Wellesley, MA.

Taylor says he enjoys working as a chef because he, “loves to create exciting food for his guests every night.” When not working, he can usually be found outdoors; fishing, golfing or camping.